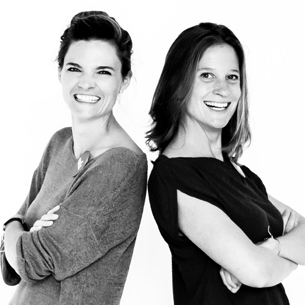 Well, at least if you’ve been part of our first WOMEN’S HUB DAY in Zurich! You’d finally know what the “magic” is that we’ve been talking about for so long.

50 women that started off as strangers on a beautiful sunny Saturday morning, and at the end of the day felt connected, inspired, valued, seen & heard! We are still in awe about everyone opening up their hearts and minds to the WOMEN’S HUB spirit without really knowing what to expect when they sat down in those chairs.

who were not only brave enough to be the first to take the stage, but by sharing their story so vulnerably and authentically, gave everyone of us in the room the permission to speak our truth! Thank you for being you. Ann Eriksson, Sonali Quantius Kathrin Rüegg, Melanie Kovacs

We shared, we danced, we cried, we sang and grew! Individually and together!

“I expected 'just' a networking event, but the WOMEN'S HUB DAY was an event full of love and deep connection. Love is the way!”

“I loved the day (never been to anything like this before) and blown away with the energy and the quality of the content. By nature I don’t have the personality to enjoy this kind of events but my opinion has completely changed after the WOMEN’S HUB DAY. Touching stories, inspiring people and great way to meet and connect. I was truly happy and proud to be a part of it.”

We can’t wait to build on this wonderful start and see you all again on February 5th, 2022.

With lots of love,
Arjanna  & Nele 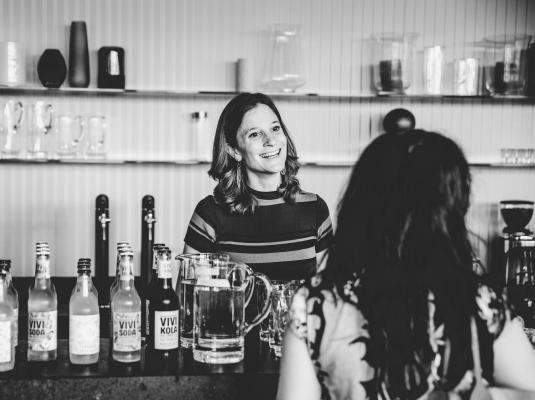 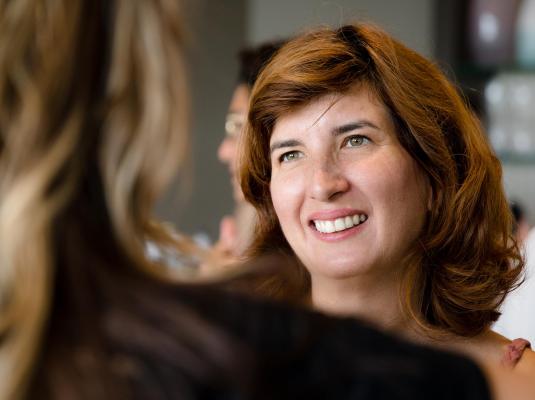 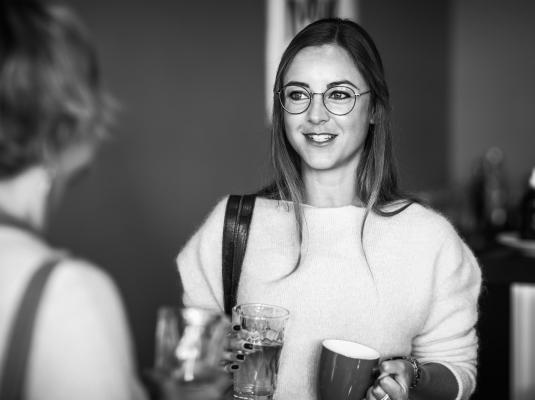 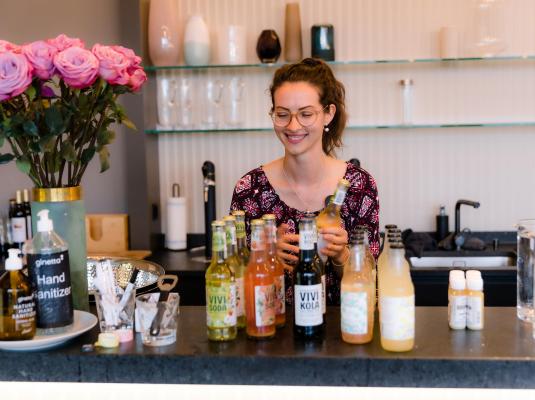 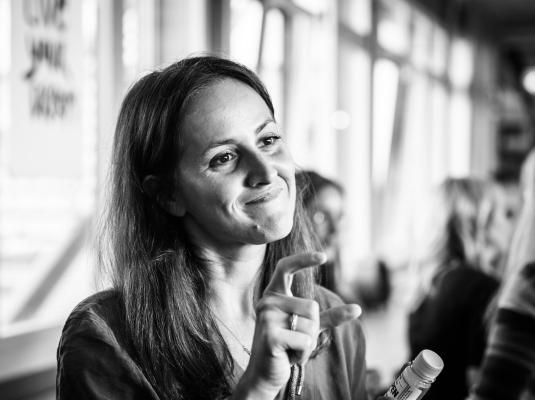 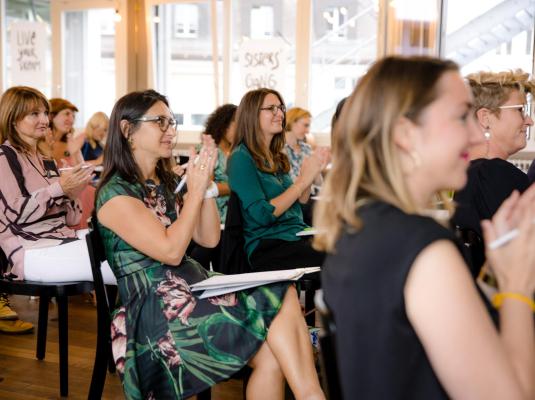 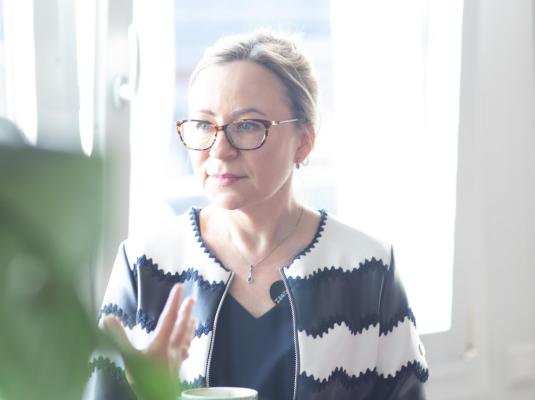 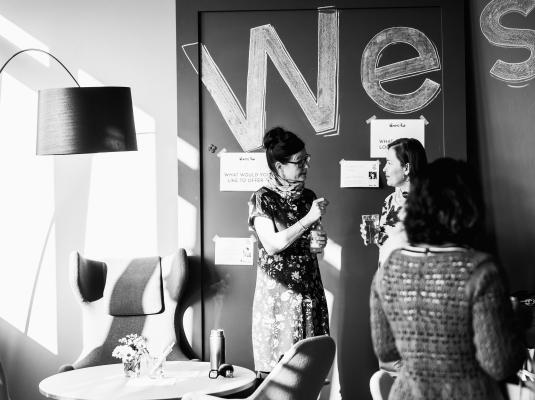 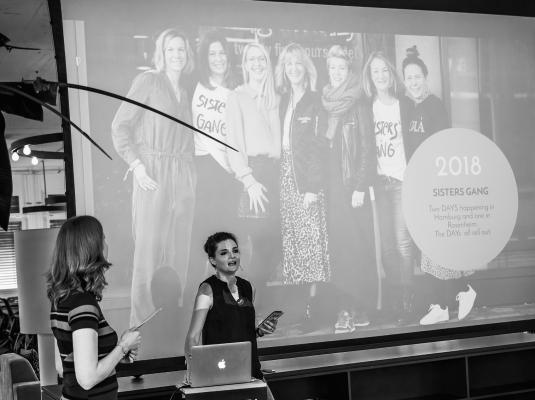 RUNNING TOWARDS THE LIGHT

Being pregnant with twins while maintaining a successful career? A breeze. Giving birth? Easy peasy. But then, postpartum depression hit Sonali harder than anything she had ever experienced.

Sonali’s life has always been dynamic. From growing up in a small Indian village, to attending some of the world’s top universities. From being on top of the world living in Singapore, the US, Sweden and the UK to leaving her secure job in the pharmaceutical industry and founding HaploMind, a Zurich-based company creating an app to support women with antenatal and postpartum depression & anxiety.

At the WOMEN’S HUB DAY, Sonali will share her incredible story, and will reveal how someone who had never ran more than 5K can run a marathon, and with that, change her life.

THE PATH OF A JOYPRENEUR

She took a leap of faith, left her full-time job and started a six-figure revenue business when she was 28. She was recognized in the Forbes 30 under 30 list, did a TEDx talk and received the Female Innovation Recognition Award.

From the outside, it looked like Melanie was in a flow. And yet, only three years later, she decided to sell her business and throw herself into the unknown yet again.

What drove Melanie to make this bold decision? And how is her new mindset, as a self-proclaimed joypreneur, affecting the way she runs her current business?Melanie will share her journey from entrepreneurship to joypreneurship, and invites you to come along for the ride!

A PLACE TO HEAL

When Ann was forced to quit her job after the birth of her second son, she took life in her own hands and started an organic farm.

She has always been a farmer at heart, but this time her ambitions go beyond producing the most wonderful veggies, fruits and flowers.

Ann’s farm will soon be a safe haven for women facing domestic abuse, as experience has taught her that it is difficult for them to find the support they so deeply need. With their hands in the soil, they can reconnect with nature and with themselves. Ann’s farm will be a place for them to be seen for who they are again. A place to rise up, and to rebuild.

At the WOMEN’S HUB DAY, Ann will reveal what inspired her to create her magical place of health and healing, and share with us what she needs to make her big vision happen.

As long as she can remember, Kathrin has been fascinated by politics. But the fact that political decisions are largely made by men, while women are 51% of the population, frustrated her ever since she was a girl.

When she was 10 she saw herself as the future “Regierungsrätin” in charge of the police in Zurich. At 19 she co-founded the Young Green Party in Switzerland.

And one day in 2017, Kathrin wrote down in her notebook: “Coaching women candidates for 2019 elections?”

She started dreaming: What would the world look like if no decisions were taken without women sitting at the table? And what if coaching could help women to overcome their fear of taking up too much space, and confidently run for political office?

No sooner said than done, she gathered a collective of professional coaches and started coaching Swiss women from all political colors.

At the WOMEN’S HUB DAY, Kathrin will share the ups and downs of her journey, and her vision of what the world could look like when it’s run just as much by women as by men.

HOW TO USE THE POWER OF YOUR VOICE

Tanya Birri is a multi-awarded Swiss artist and soulpreneur. She is the host of the "Wild, Free and On Fire"-podcast and recently starred as a talent coach at the "Voice of Switzerland". She works as a “Stimm Schamanin” and supports women to reconnect with their inner voice so they can bring their message from behind the scenes to center stage.

At the WOMEN’S HUB DAY, Tanya will guide us in connecting to our inner voice, and will teach us how we can radiate with our voice and message.

So many of us are afraid to speak up, let alone sing, while using our voice can be extremely freeing. During the workshop, Tanya will gently invite us to let our voices be heard*. We'll first learn to embrace our individual voices through playful exercises, and then experience the magic of connecting with others through sound. Music is like life, a world of opportunities opens when we join forces!

*in accordance with COVID-19 protocol 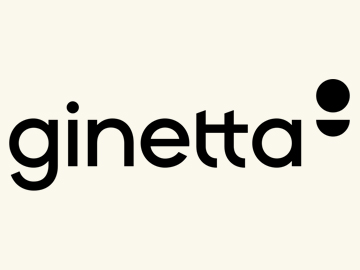 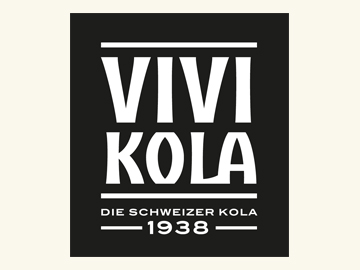 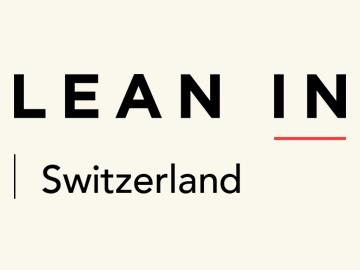 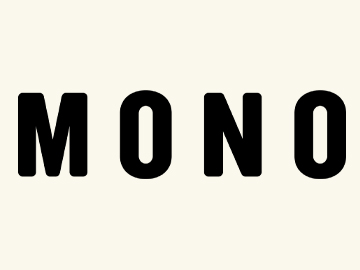 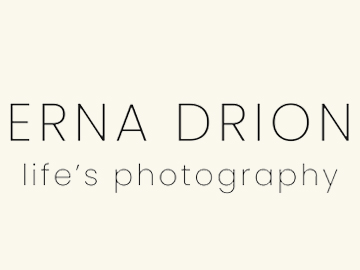 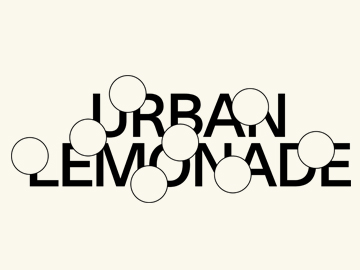 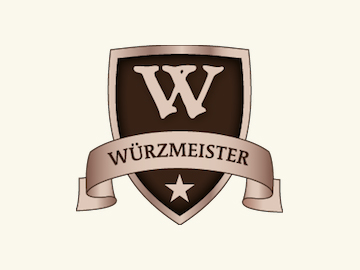 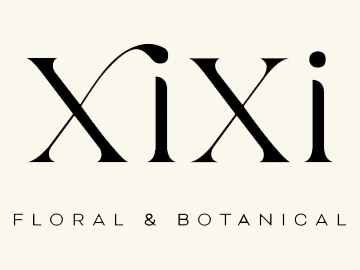